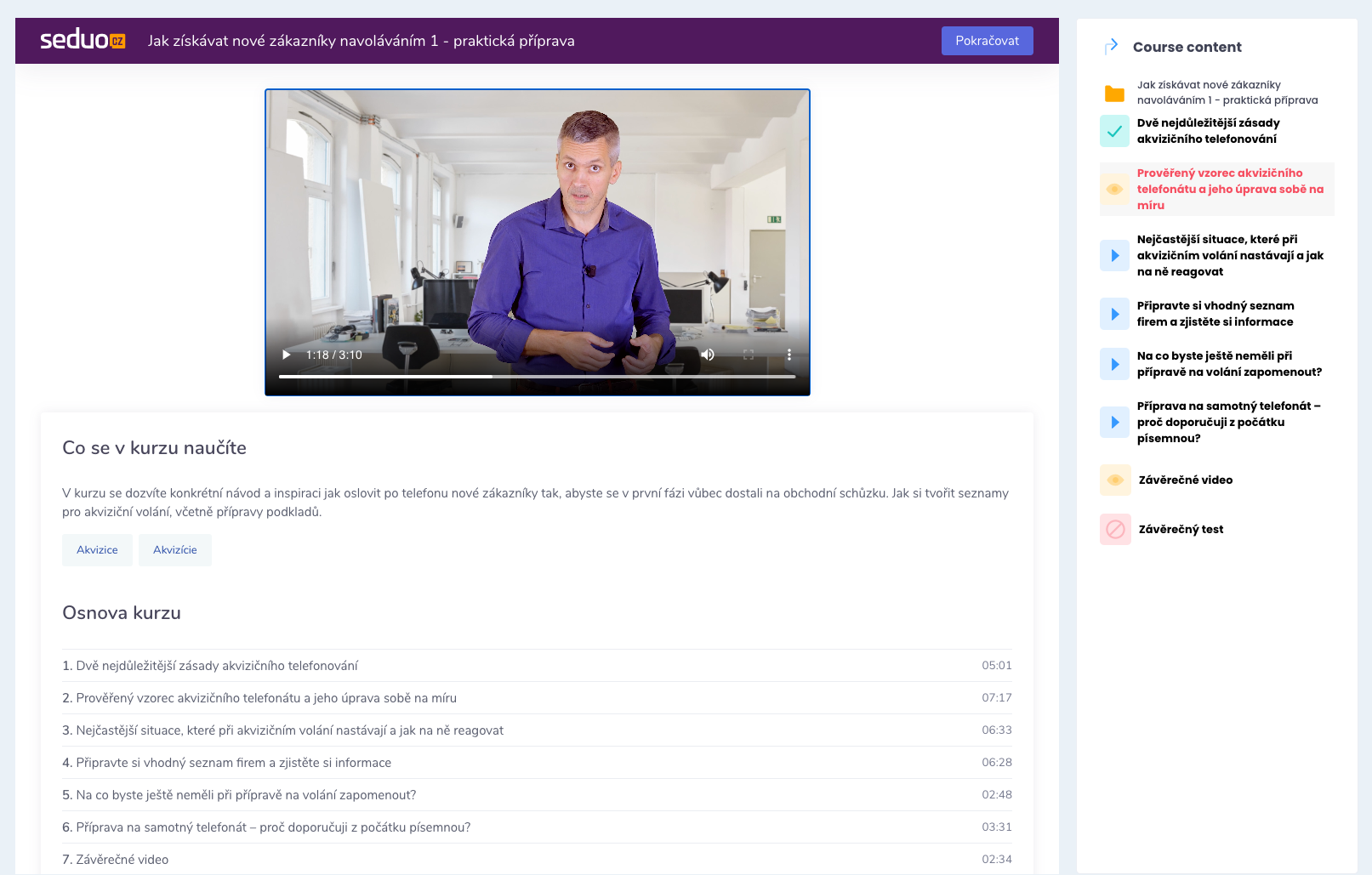 The main requirement of LMC was to ensure the easy distribution of courses to its customers’ LMSs. The established approach of e-learning consists of exporting educational content to packages according to the SCORM standard, which ensures the correct display of e-learning content across different LMSs.

However, there are several disadvantages associated with traditional exports to SCORM packages – complex, decentralized recording and updating of courses in customer LMS portals, a loss of overview on the use of courses and compliance license terms. LMC wanted to avoid these problems.

Based on there quirements, Sense4code proposed the deployment of its own e-learning platform Scormium Studio, which runs in the Microsoft Azure cloud and therefore has no limitations in terms of capacity or location.

Operating theplatform in a certified cloud ensures a high level of data availability and security, which is regularly verified by penetration tests. At the same time,the cloud platform enables the central distribution of e-learning content to client LMSs and its automatic updating via the Internet.

The deployment of theScormium platform will ensure native support for SCORM, AICC and Tin Can standards, and thus compatibility across LMSs from a variety of vendors.

In Scormium Studio, LMC can set licensing conditions for individual courses and at the sametime keep an up-to-date overview of the use of all courses across individual customers and their educational portals.

As this was a pilot project, which also included custom development and further expansion, it took three months from the moment of project assignment to the delivery of the finished Scormium platform for LMC.

Today, the implementation of Scormium Studio can be done in a day. The content creator/distributor prepares the output of their e-learning catalog or accesses Scormium, where they can prepare the catalog. Within a few hours, they can begin providing standardized courses to other LMSs.

Sense4code continues to develop the Scormium platform, adding new features and enhancements that LMC already has included in the pre-agreed license price.

LMC appreciates the easy distribution and updating of e-learning content with its large customers, allowing it to build on long-term relationships. Furthermore, LMC acknowledges the licensing of e-learning as needed and full control over the studies and use of courses. From the point of view of investment protection, LMC positively evaluates the platform's ongoing innovations in the price.

The return on investment was achieved within two months thanks to the conclusion of contracts with major e-learning course customers.

All jointly set targets were met exactly according to the agreed deadlines, without delays. Any potential problems with the pilot-client were resolved within minutes. Thanks to active monitoring Sense4code often knew about the problem and could fix it before LMC even detected it.

The Scormium platform in LMC has worked faultlessly since the moment it was launched. Customers who draw e-learning courses from LMC for their LMS portals are some of the largest companies in the Czech Republic.

VP of Marketing at Webflow

Want to try it for free?

We will provide you with free trial access and arrange a guided tour of the entire platform.

Send me an offer

Just specify your needs a little. We will send you a non-binding offer soon.

Scormium covers everything from creating content, through its distribution and licensing, to education and its management.
Thank you! You are subscribed.
Ups! Something is wrong.